Back Market Presents CO₂NSCIOUS: Limiting CO₂ Emissions One Charge At A Time

Every year Back Market gives thousands of devices a second life in the circular economy, maximizing the use of the natural resources that were consumed in their manufacture. A majority of the environmental impact of our devices comes from their production, but the way that we use them also counts. A single smartphone uses up as much energy as a refrigerator, which is the most energy-inefficient appliance in most homes. We can’t exactly give up our devices—but if we learned more about the energy that powers our devices, could we make choices that reduce our overall carbon footprint? Back Market says yes, and it’s ready to prove it through CO₂NSCIOUS, a widget available on Android to California residents from March 17 to April 15, 2020.

In the United States, as in other countries, electricity comes from different energy sources: coal, gas, solar, geothermic, nuclear, etc. At any given time in the day, your outlet takes energy from these different sources to create a kind of electricity cocktail or what is called an energy mix. With CO₂NSCIOUS, Back Market makes the public aware of these energy mixes, and gives them easy access to real-time information on the energy mixes powering their devices. By analyzing these energy mixes, CO₂NSCIOUS is able to predict the next best time to plug in, or rather when an energy mix that produces a lesser amount of CO2 emissions than average will next be available.

“The goal of this widget isn’t to say that this or that energy is better than another, because today, there is no perfectly ‘clean’ source of energy. Also, we are aware that CO2 emissions are just one criteria among many others. What is at stake for us is to create awareness around the environmental impact of the small gestures that make up our daily routines—even something as simple as charging a smartphone. It’s become so commonplace that we ignore what’s going on behind the scenes, notably this idea of an energy mix,” explains Vianney Vaute, Back Market Co-founder.

The startup, which has been focused on battling electronic waste since its start in 2014 by extending the lives of electronic devices and appliances, sees this tool is an extension of its daily struggle: to make the public realize that tech is not neutral when it comes to the environment. The widget is also a way to remind people that CO2 emissions from electronics are not halting their growth. In 2007, the carbon footprint of Information and Communications Technology (ICT) industry represented 1% of our total impact. By 2040 they will represent more than 14% of our global carbon footprint**, with smartphones serving as one of the principal reasons for this staggering increase.

“We’re not here to lecture anyone. There isn’t an energy source that is 100% clean or a perfectly eco-friendly phone. Tech products are never neutral, they have an impact on the environment that continues long after their manufacture, but the way that we use them can make a difference. There is much work to be done, on a whole, to change people’s mindsets but if we can bring attention to these kinds of subjects, it’s already a first step in opening the conversation with the public at large.” says Vianney Vaute, Back Market Co-founder.

The widget will be live for a little less than a month as a proof-of-concept that brings interest and conversation about the environmental impact of our devices to the table. The hope is that someone out there will carry the torch into the future to integrate and level-up this tool. Back Market is releasing the open-source code, which is free to use by developers worldwide.

Electricity can emit more or less CO2 depending on the energy sources that constitute an energy mix. At any location, the energy mix changes over the course of one day. The supply and demand for electricity is regulated by the conventional thermal sector to allow production to start or stop very quickly as required.* With the help of CO₂NSCIOUS, users are offered the time slots during which energy consumption produces the least CO2.

From the moment it is activated, the widget works as following:

Formed in 2014 by Thibaud Hug de Larauze, Quentin Le Brouster, and Vianney Vaute, Back Market is the first marketplace focused on bringing thousands of refurbished electronic devices and appliances from certified professionals to consumers. The company currently operates in six European countries (France, Germany, Italy, Spain, Belgium and the UK) and launched in the United States at the beginning of 2018. It employs a team of about 250 employees across its three offices located in Paris, Bordeaux, and New York. 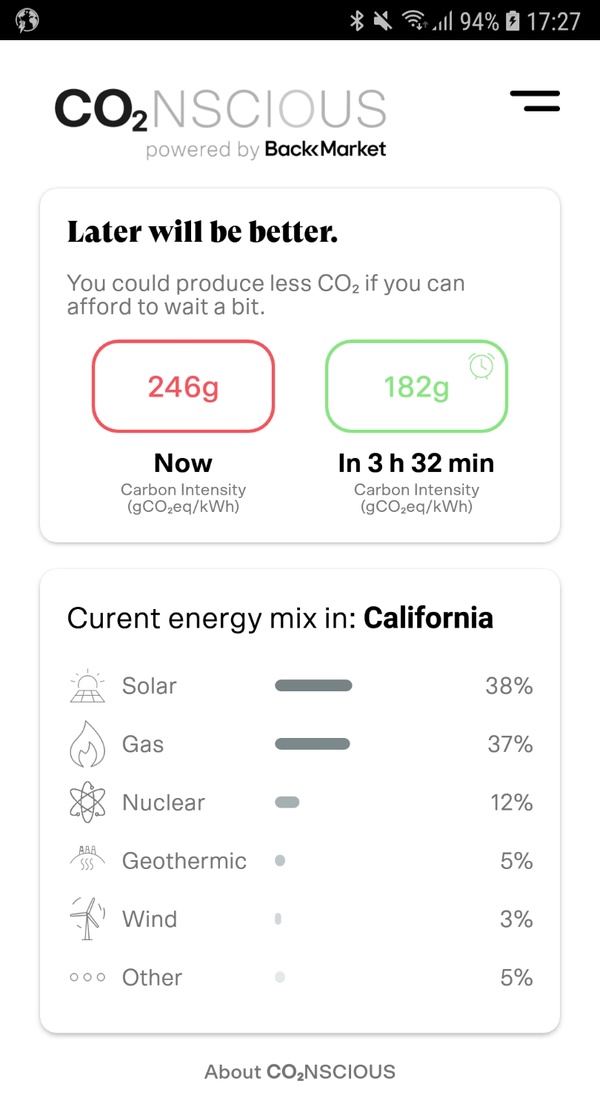 The CO₂NSCIOUS widget offers users the time slots during which energy consumption produces the least CO₂, aiming to bring awareness and real-time information around these energy mixes. 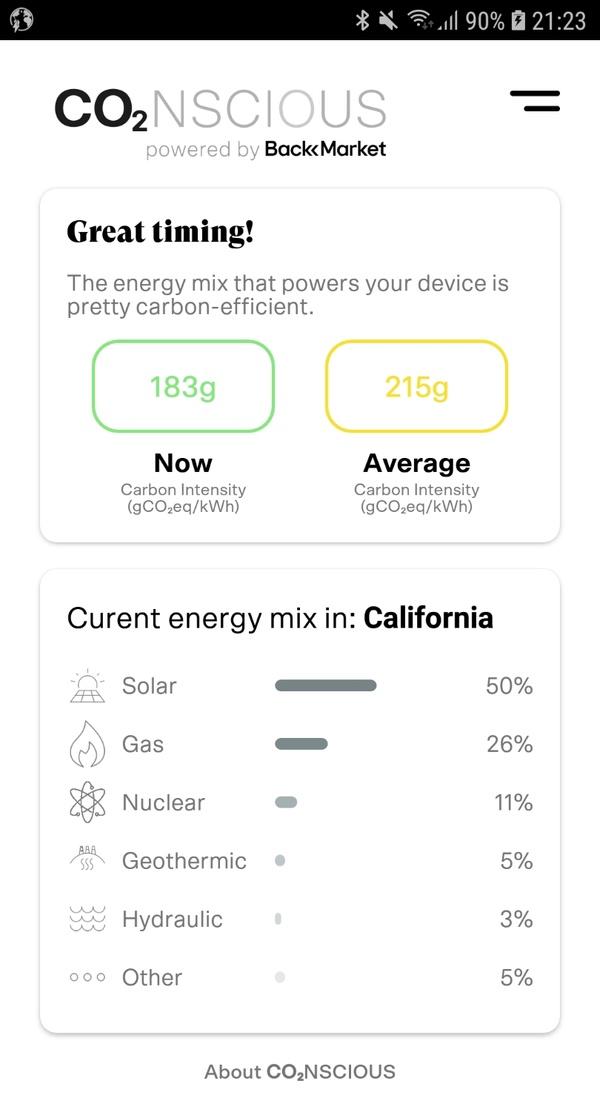 CO₂NSCIOUS aims to educate and create awareness around the environmental impact of the small gestures that make up our daily routines, like charging a smartphone. 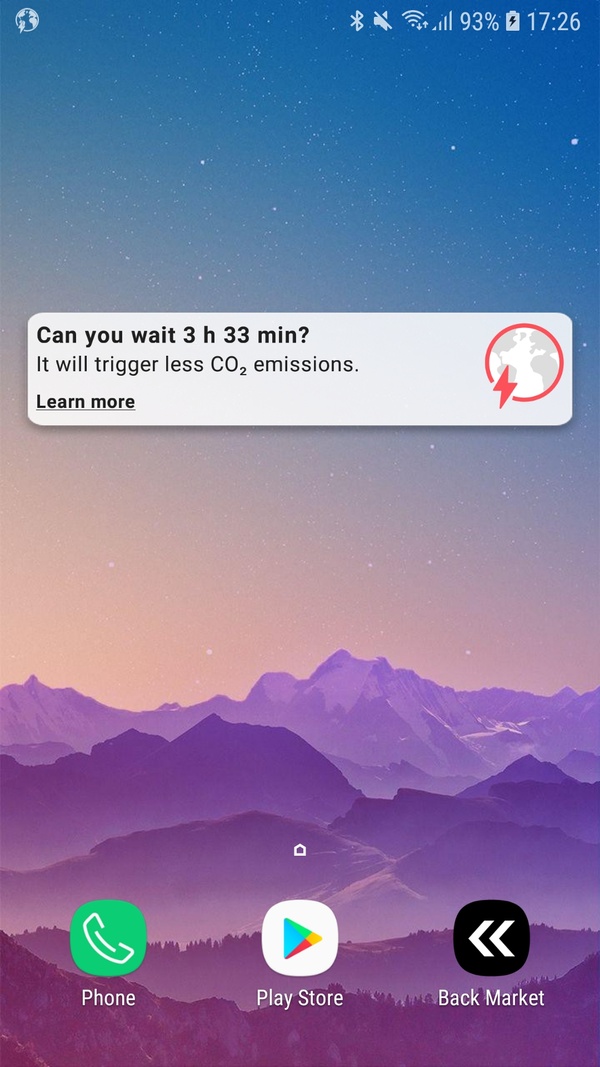 When CO₂NSCIOUS is activated users can view information about their CO₂ emissions via notification and can click to learn more and view a breakdown of the energy mix. 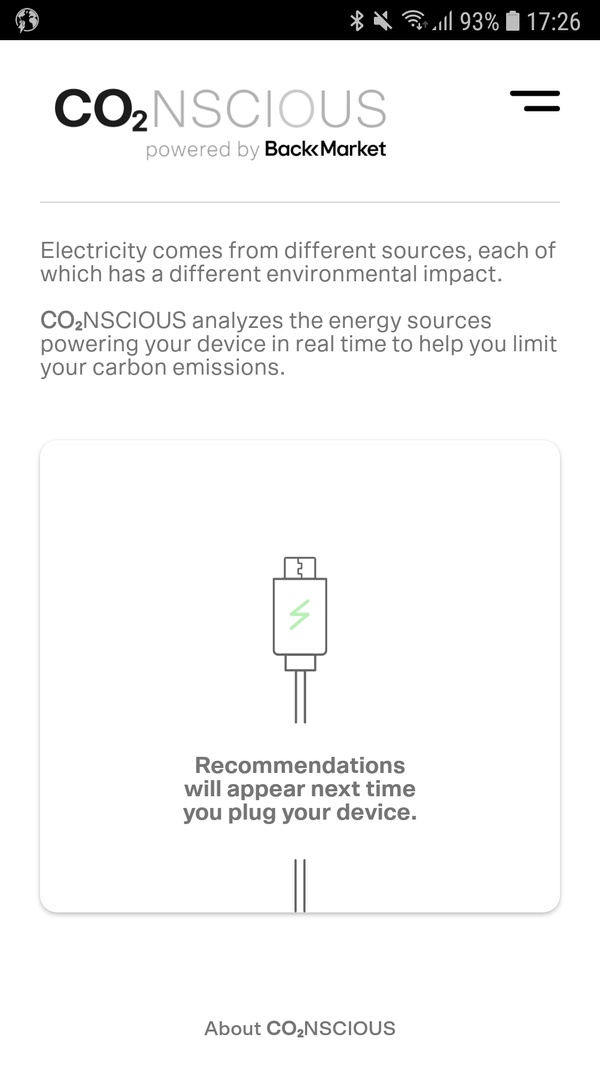 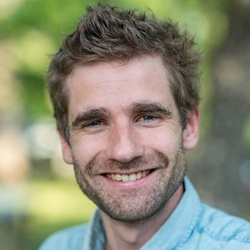